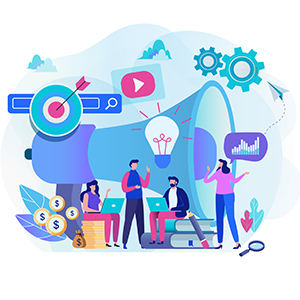 Developed by Mark Zuckerberg in 2004 in Massachusetts, United States, Facebook currently holds the record for the most popular social network in the world, approaching 3 billion active users.

In Brazil, the number of profiles is close to 100 million, and considering the intense traffic, Facebook is not just a virtual space for interaction and sharing of news, media and memes, but an excellent showcase for companies that want to publicize their products and services, and for that, having a Campaign on Facebook as a digital marketing tool.

Count on Quality IMS to carry out an efficient Campaign on Facebook that guarantees results on your investment!

To carry out an efficient Campaign on Facebook that provides a good return of the amount invested, it is important to count on the work of a company with vast experience in digital marketing such as Quality IMS, which has been in the market for more than 10 years and can help leverage your results, ensuring the desired visibility through monetised link campaigns on the internet.

When we talk about a Campaign on Facebook, it is not enough to just invest a certain amount for an ordinary movement to have a campaign broadcast. In order for the ad to reach its expected audience, it is important to have a trained and duly certified social media team, which has the necessary know-how to carry out all the segmentation of the target audience at the time of creating the campaign.

Thus, the resource invested in a campaign on Facebook will be optimized to the maximum, considering demographic and geographic data of users, such as age group, gender, sexuality, social class, education and several others that help in the funnelling and optimization of the campaign. Therefore, when you need a competent and qualified team to carry out monetised link campaigns, count on Quality IMS's work.

Meet Quality IMS, a company that runs campaigns on Facebook and other social networks:

With its own headquarters in Guarulhos, metropolitan region of São Paulo, Quality IMS has consolidated itself as a company specialized in creating campaigns on Facebook, Instagram, Linkedin. It has qualified professionals who are also able to work in the management of your company's social network. Our technical staff is made up of web developers, copywriters, web designers and other professionals who are absolutely committed to making sure your business achieves the expected results with a campaign on Facebook.